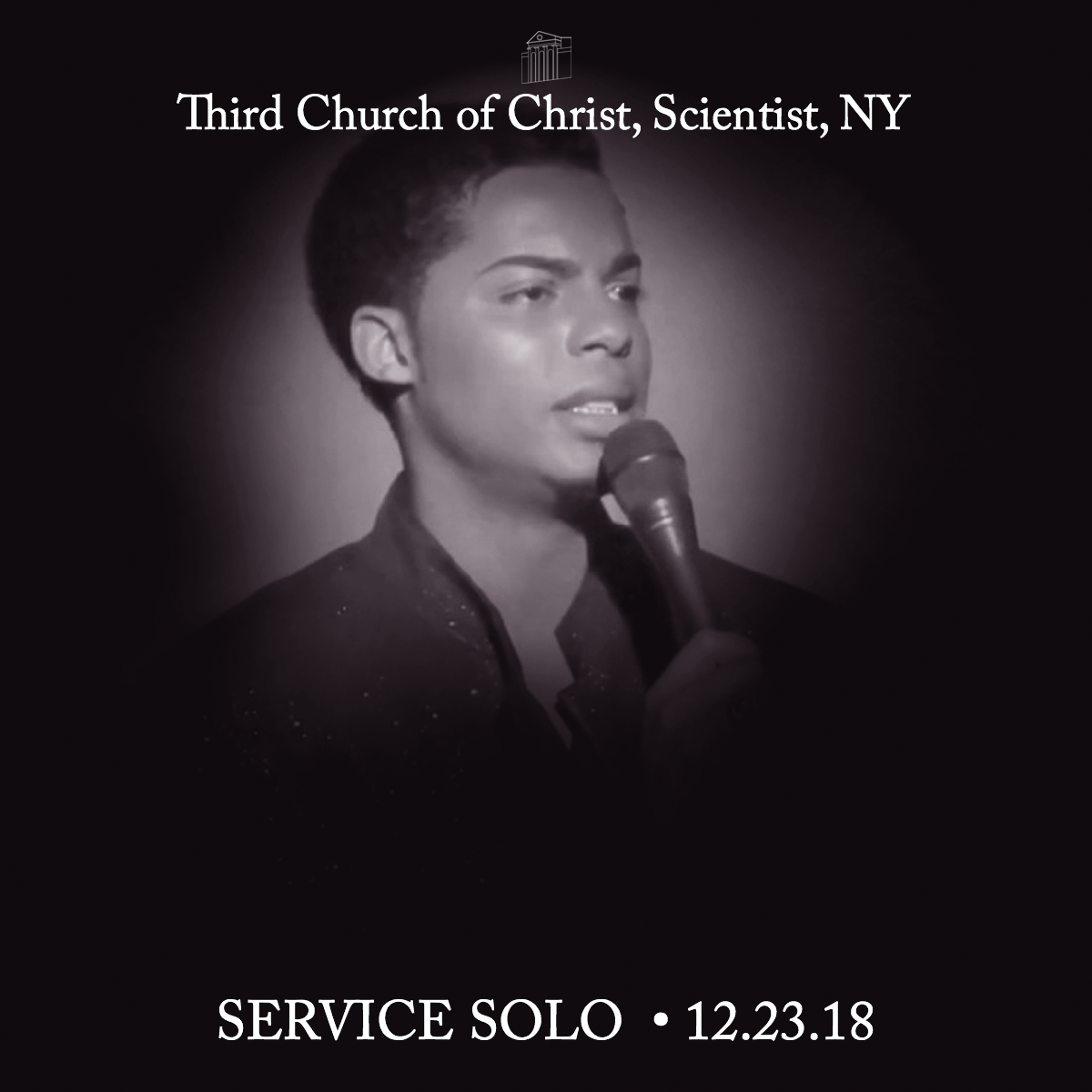 Antonio Watts, earned his Master’s degree in voice from CCPA at Roosevelt University where he studied with David Holloway. He has appeared as soloist in Handel’s Messiah, and other productions. Mr. Watts co-founded The Chicago Opera Quartet, which debuted in the Pianoforte Studio in Chicago in 2012. Since moving to New York in 2014, Mr. Watts has performed at The Metropolitan Opera House, The Kennedy Center, The Kaufman Center for Performing Arts as a soloist with Ms. Kathleen Battle; Carnegie Hall, The Bronx Opera, Loft Opera, and throughout the tri-state area. 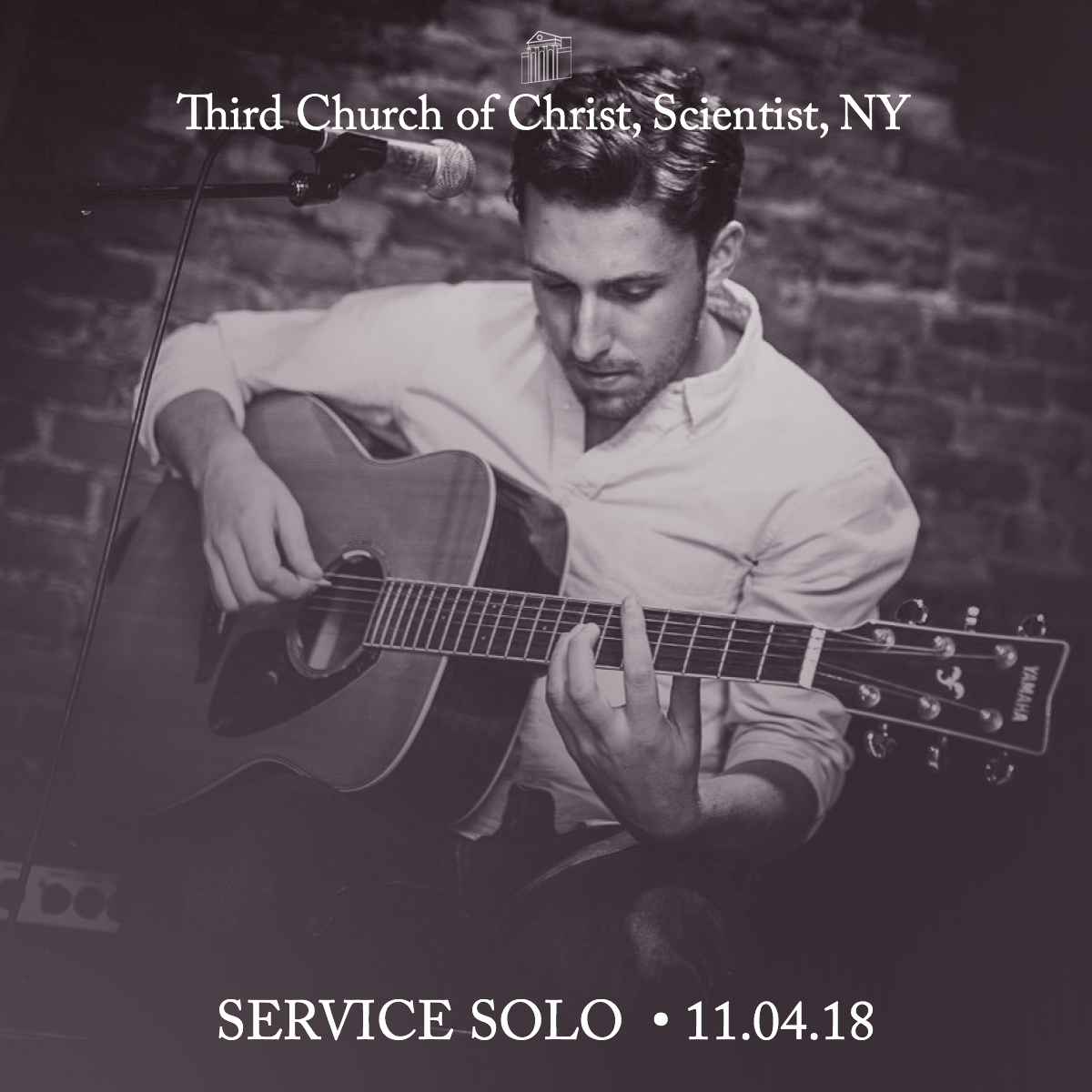 Peter Wise has been performing all over,Since graduating from NYU’s Steinhardt School including a sold-out Beacon Theater in November 2012. Peter’s own original music has been recorded and released, and he has accompanied soloists at The Mother Church on several occasions in Boston, MA. His solos often take a unique turn with his guitar and voice. 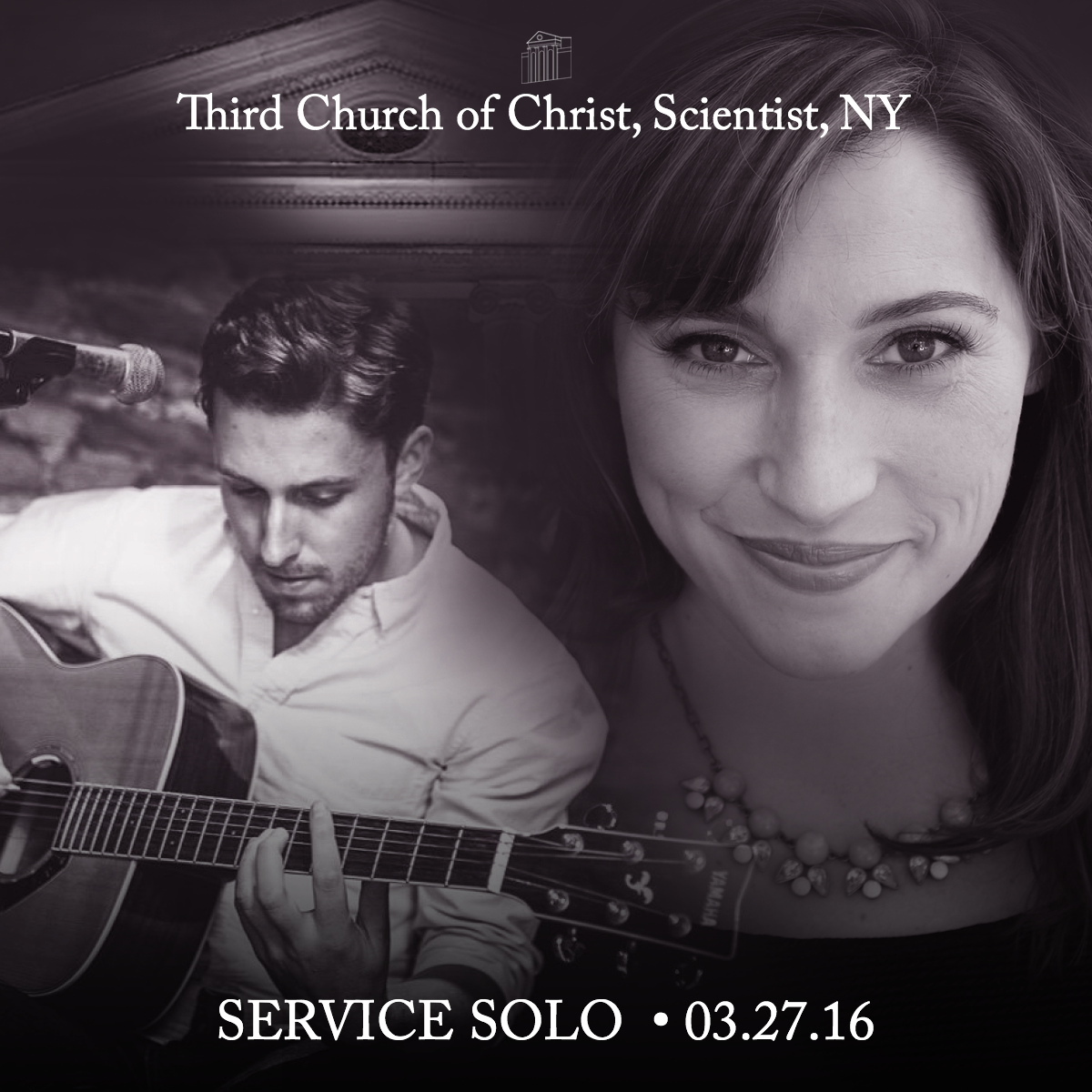 March 27th, 2016 our congregation was treated to a beautiful solo by
Rebecca Minor, co-soloist of The Mother Church, accompanied by Peter Wise.  Rebecca sang “The Palms,” a song by Peter Link that lets you imagine what it must have been like to be one of thousands of witnesses along the road to Jerusalem the day that Jesus passed by.  We hope you enjoy listening to our recording of their performance using the player above. 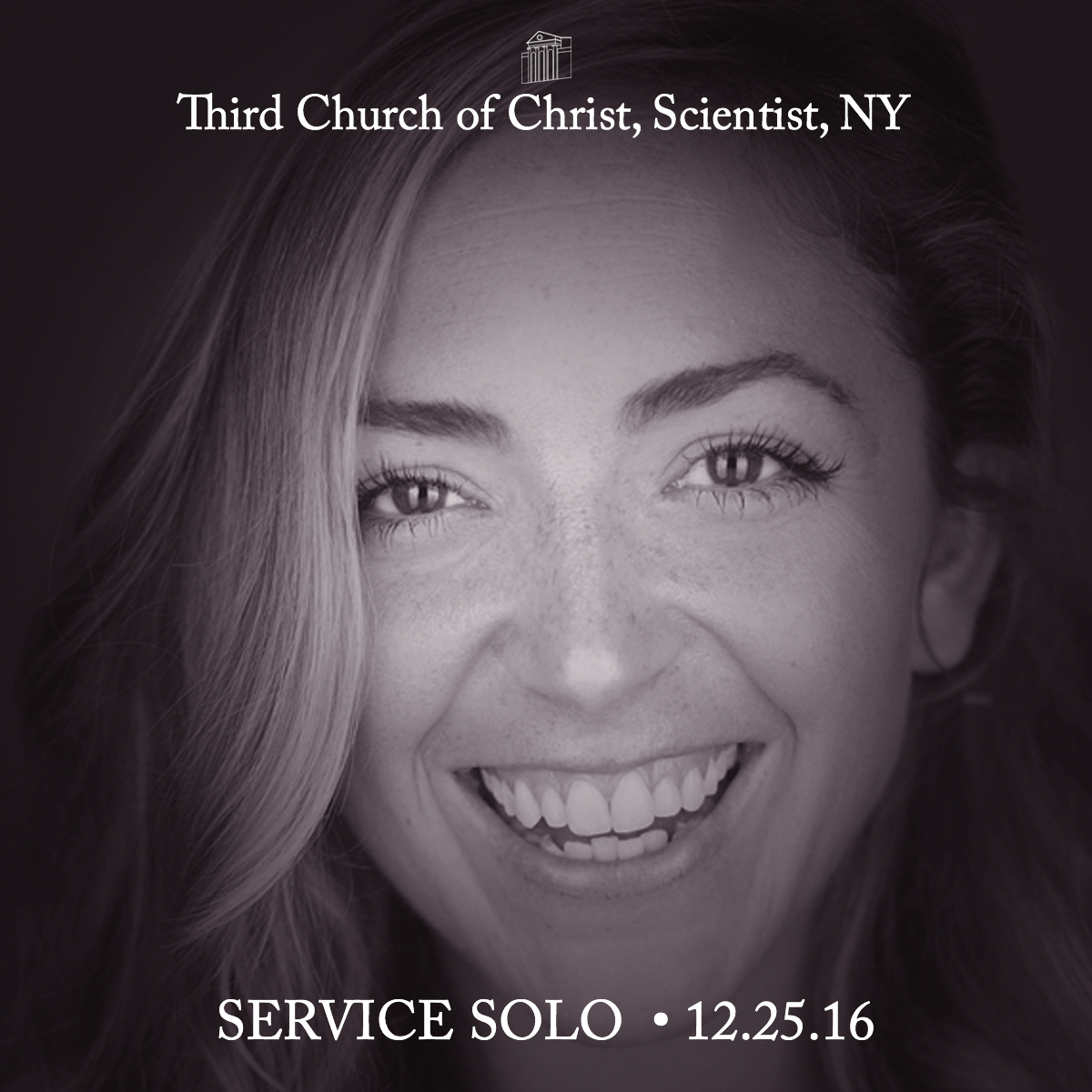 Jillian Van Niel is a New York based singer, dancer, and actor. A California native, Jillian took her first steps as a toddler on the stage during her sister’s rehearsal for 42nd Street. Performing has always been in her blood. Jillian is a proud alumni of the Pacific Conservatory Theatre. After conservatory, she traveled all around the U.S. in the National Tour of The Addams Family(Flapper Ancestor/Wednesday Cover), the National Tour of Ragtime(Evelyn Nesbit/Mother Cover), and starred in several regional gigs including Sally Bowles in Cabaret, Ruby in Dames at Sea, Inga in Young Frankenstein and many more. Jillian recently received her equity card as Dainty June in Gypsy at Maltz Jupiter Theatre. Currently, Jillian is working on diving into the on-camera/film world and personal creative projects 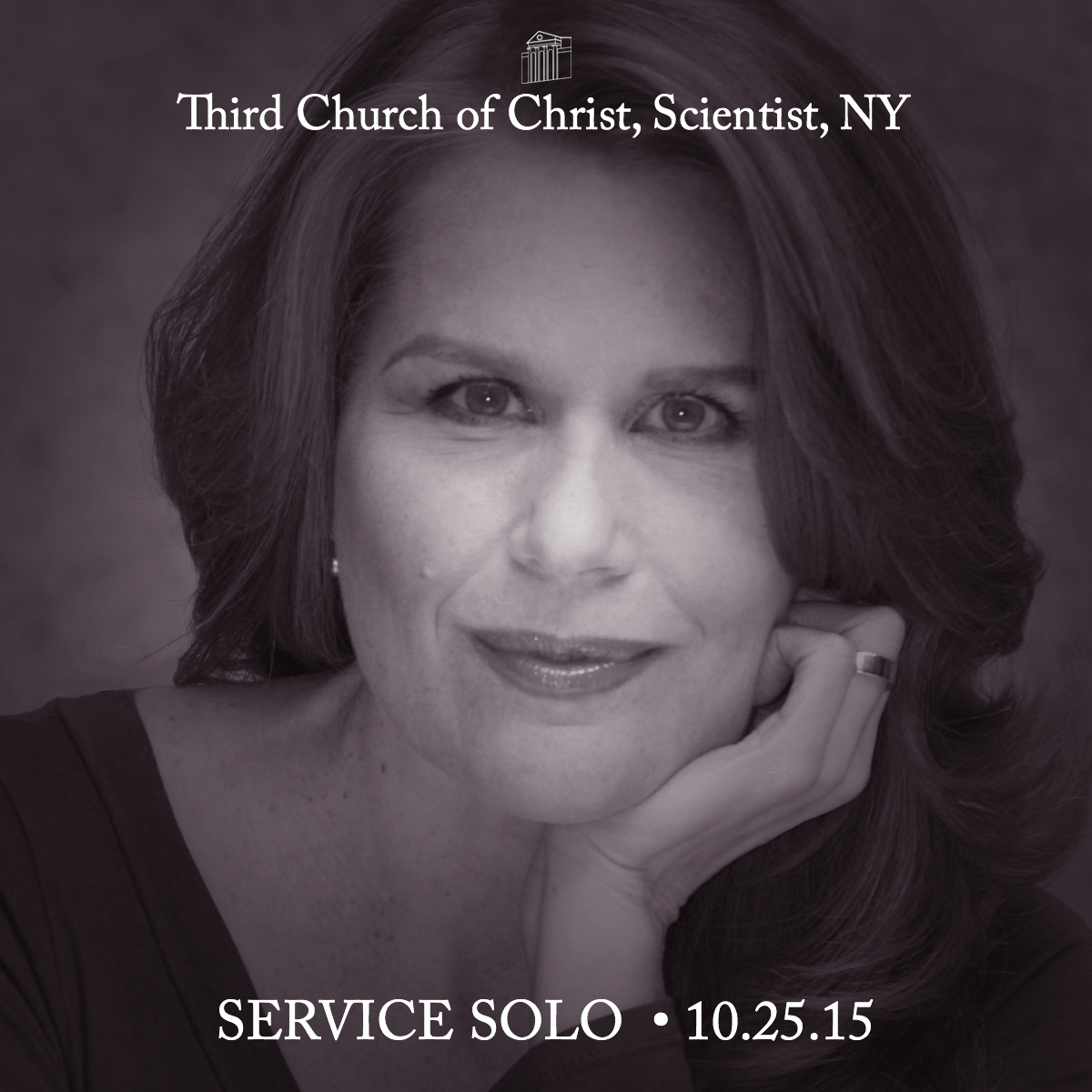 Julia Wade is a performer whose work spans many different musical genres from classical to Broadway to pop.  Hailed by critics as “the female equivalent of Josh Groban,” Julia has performed nationally and internationally in musical theatre, opera, cabaret and concerts, including The Rome Opera and Carnegie Hall.  Most recently Julia was up on the boards in the leading role of Red in the west coast premier of “The People In The Picture” — book and lyrics by Iris Rainer Dart (Beaches) and music by Mike Stoller (of Lieber and Stoller), and Artie Butler (arranger for Louis Armstrong, Bette Midler and more) produced by 3Below Theaters in San Jose, California. 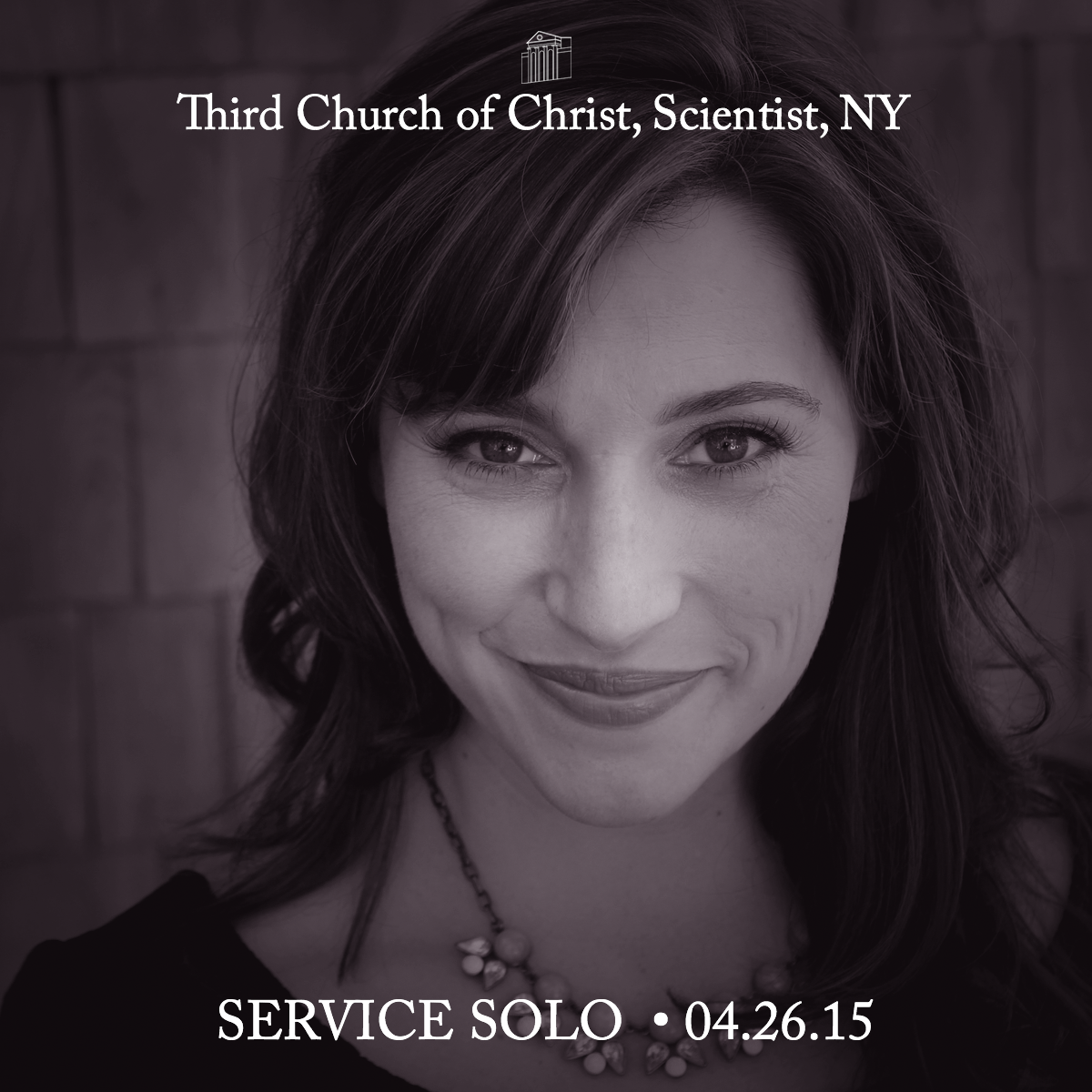 Rebecca Minor, an accomplished vocalist, songwriter, composer and pianist, writes pop music from the heart. Her catchy melodies, unpredictable harmonic turns, rich arrangements and deeply honest lyrics will draw you in and strike you to your core. Rebecca shares her story freely, in hopes that you, the listener, will never feel alone in your struggles and triumphs.In addition, Rebecca serves as Co-Soloist at The Mother Church in Boston, MA. She writes beautiful contemporary solos in which she brings freshness and candor to sacred themes and Bible stories. Her contemporary-crossover sacred solos are melodious and accessible, with unpredictable harmonic turns. 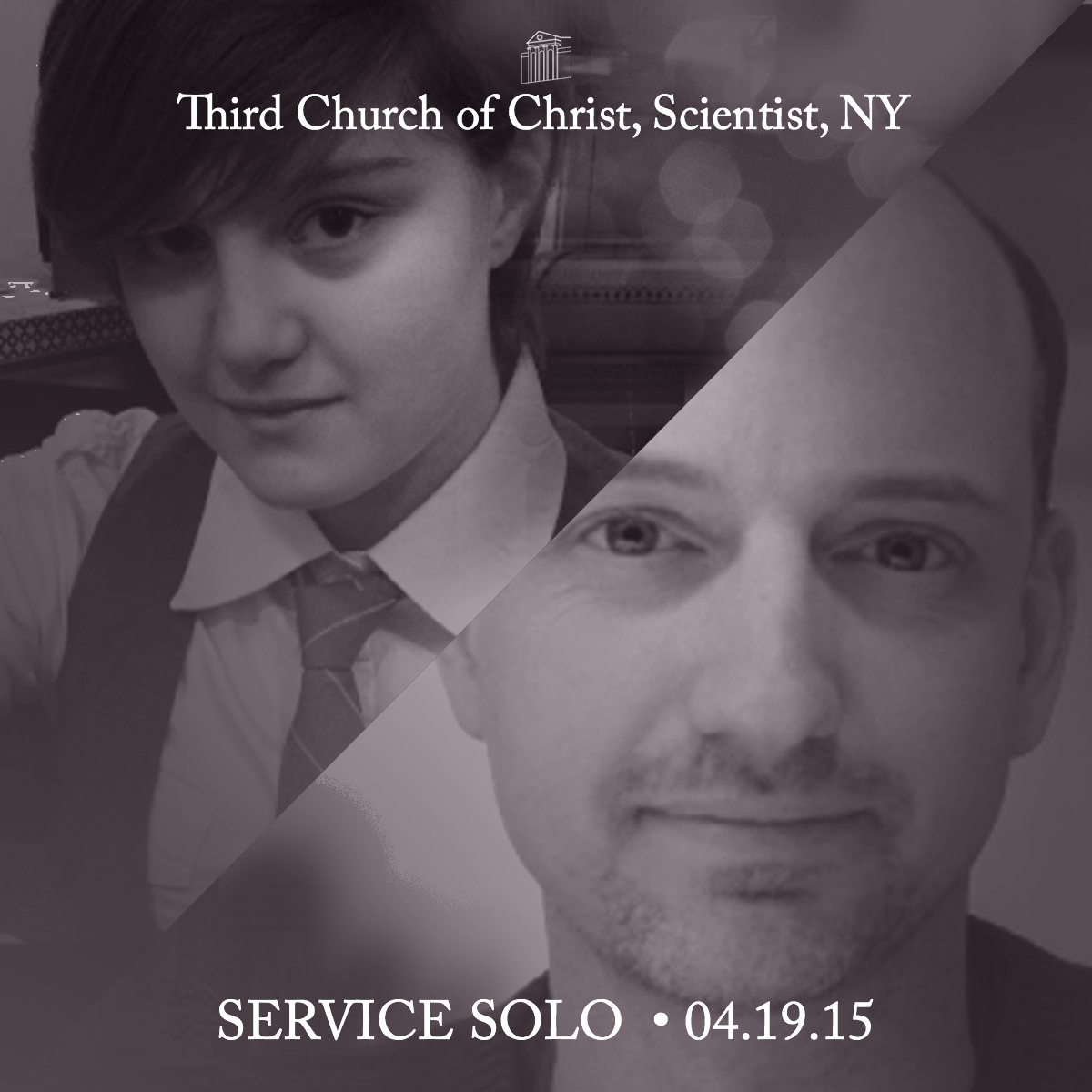 Albert Jensen Moulton is the musical director and baritone soloist for the Candlewood Singers, whose recordings of hymns can be found in Christian Science Reading Rooms.  As a singer he has performed in operas, concerts, and recitals throughout the country and served as soloist at branch churches in Winchester, Mass. and Ridgewood, New Jersey.  Albert is currently General Manager at Glück Pipe Organs, where he has built, repaired, and tuned pipe organs for the past 16 years, including our organ at Third Church.  Cellist Violet Jensen-Moulton is a member of Face the Music, a teen new-music ensemble in New York City. She has performed at Ithaca College, the Berkshire Summer Music Festival, The Players Theatre, the Queens Museum, and the Atlas